The early rising is helping me get in some weaving before the minis descend on me! The past two weeks have also been fairly productive. I finished off a bracelet, and also cleared the loom. The strip for the side of the violin is sorted – the warps on one side have been rewoven. The other warps will be used to join to the next length that I loom. I’m debating whether to make it 19 and not 20 beads wide. The 20-wide fits into the side with a little manipulation. 19-wide would sit in the space nicely. 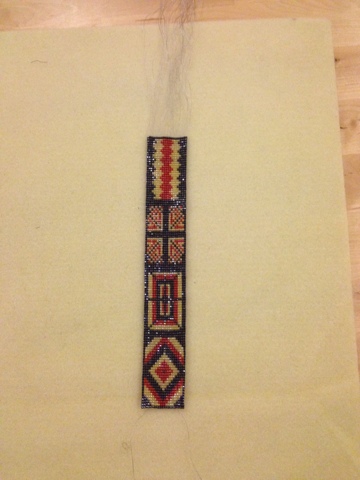 Right now, I’m working on the Nelson Mandela bracelet. After a worrying start (as usual!), it’s looking fabulous – if I say so myself! The worrying start? Well, I split it into three sections. I was planning to start at the top of the head and work down, then go back up and finish the top. However, I laid out the beads for the bottom so have ended up working from the bottom up. It’s not entirely ‘comfortable’ but I can do it if needed. 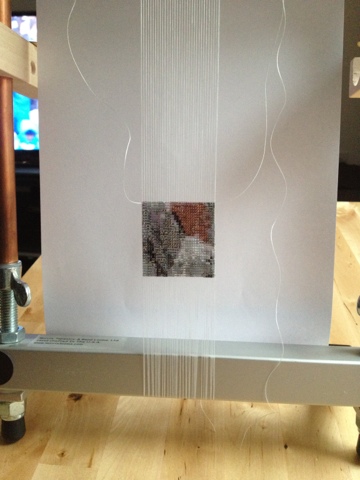 So onto the worrying part. I had finished weaving the hand, and was happy with it after making some changes to the colour choices. When I moved onto the face is when the worry set in. I continued weaving despite making nothing out. I figured if it was wrong I’d just undo it. 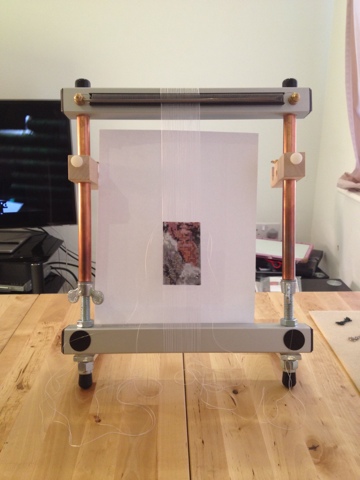 Yesterday when I stepped away from it to start work, is when all fear was dissipated and I have my OH MY moment!! The image was there!!! The relief was palpable! 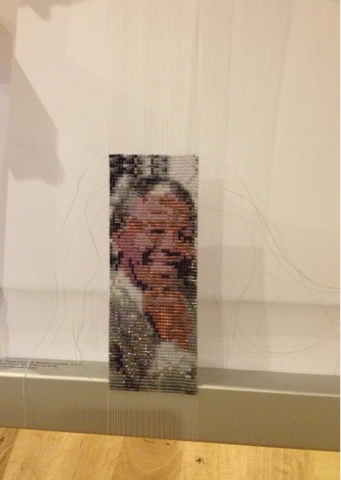 So, last night I finished weaving the face. I’ve not got to decide what to weave above the head. The pattern stopped at that point, but I needed to shift it down. I’m sure I’ll figure something out anyway.

In the meantime, I’ve began the handle section of the purse. And I think I made a good choice. I’ve got an image (of sorts) in my head for the actual handle. I’ll see if I can get it on paper then weave it. I also better get thinking about that fringe too!! 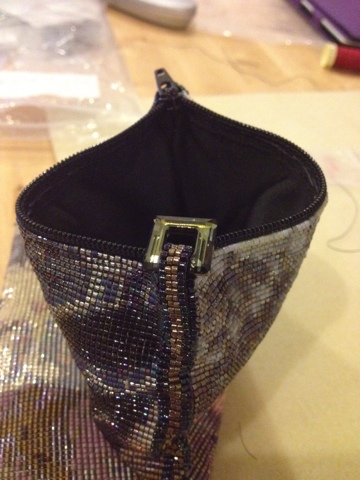 So those are the two projects I’m concentrating on at the moment. I would like to get my late in-laws’ portrait on next. This will be for my husband. To make a change from framing I’m thinking I could back it with ultra suede or something similar, so it’s a hanging. I’ll think on it while I order more beads

For now I’m resting and will continue weaving later. Have a good afternoon and apply weaving/beading!