All sorts of poses from the two inkle weave bracelets I got from the strip I wove.  The last part of the strip could probably be turned into a bracelet, but it was a little wider than the first part of it (or last part of it . . . I don’t know which end is which).  My next attempt will be to put a 20 or 22 dent spring on the loom so that the warps don’t have any space in between on the sides making this a genuine inkle band.  I will once again use the railroad novelty yarn as weft because I love the way the little squares of color pop up here and there.  If the warps are correctly spaced the little color squares won’t show as much.  That’s the tradeoff, I guess.  Now to warp! 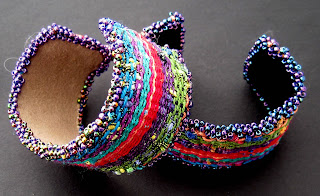 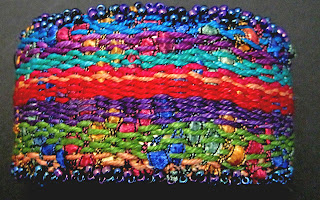 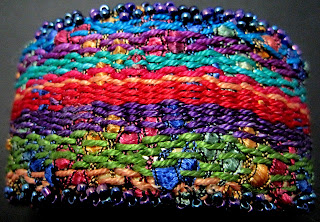 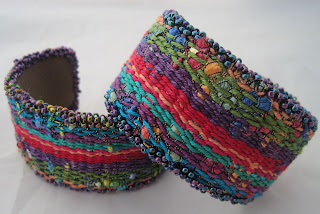 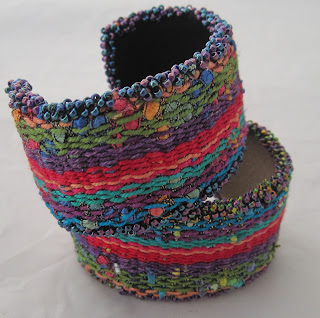 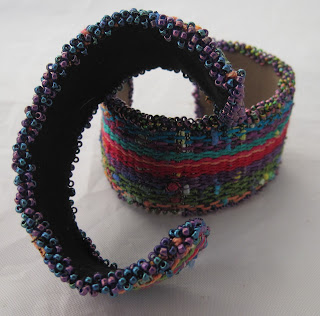 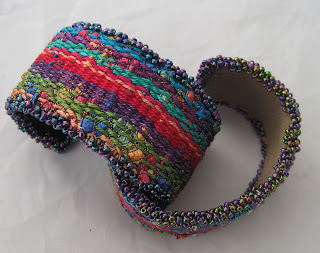 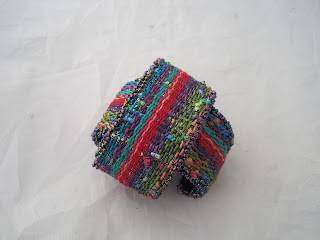