It’s amazing what a bit of time away from something can make it ‘click’ when you get to trying it again! I felt this way the first time I tried tatting. I just couldn’t get the knots to sit correctly. There was a lot of pulling hair (figuratively speaking of course), throwing the shuttles down in frustration, and scissor action! I put it away after being brought to the brink of tears of frustration. A short while later, having refused to be beaten, I tried again. AND SUCCEEDED! I don’t know why or how, but it clicked.

So, I felt (almost) the very same thing when I first tried loom bead weaving with the shedding device. The first two rows were okay, but it was downhill from then on! I followed the instructions – specifically a Mirrix video on YouTube – but it just didn’t seem to be working! I didn’t want to up the frustration level so decided to just leave it for another time.

My loom is empty since I cut off the panel for the purse, so I thought I’d try loom bead weaving with the shedding device again. This time, I used double delicas (size 8), with Nymo for the weft and top stitch thread for the warps. I figured it would be easier to do with larger beads. So I set to warping, getting the shedding device and the heddles on with ease. I watched a recent video that concentrated on the weaving part, and wove as followed it. And guess what, it WORKED!!!! The beads were going into their spaces nicely, and there were none out of place at all!!!!! It’s just a sample, so I’ll have to try it on a ‘proper’ project before I give a full review! 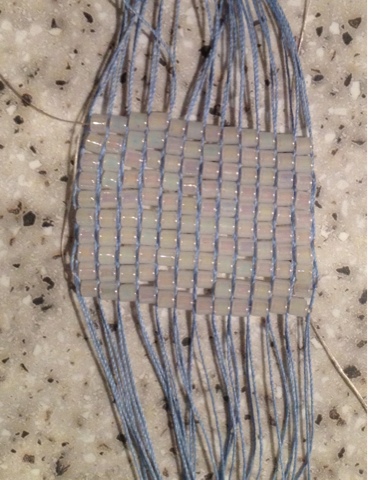 So I cut the sample off quite quickly and was once again left looking at a naked loom! I thought I’d make a start n the patterns I designed for the side of the violin. I made the mistake of taking out my stash of delicas and other beads. I ended up having three projects I wanted to work on. So I warped the loom for three. Here is what WAS on the loom up until this afternoon. 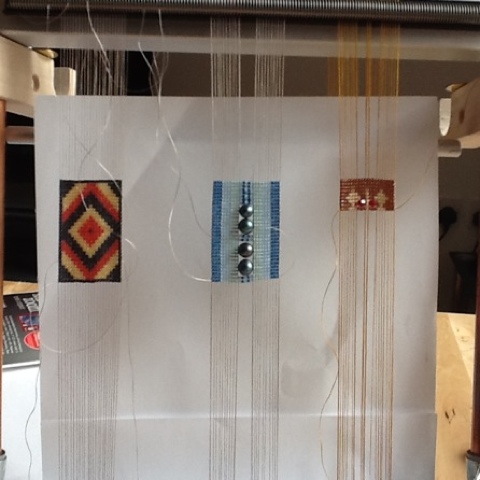 I’m not entirely happy with the middle bracelet, but someone likes it so I’ll finish it and give it to them. I wasn’t happy with the bracelet on the right, so I undid it and changed the deign entirely. There is an element still to be added. This will be done when it’s been cut off the loom as I think that will be easier. 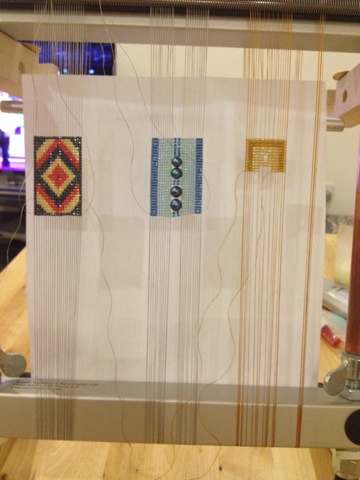 I’m absolutely loving the design for the side of the violin. I also drew these up, and will loom them eventually as well. Hopefully they all look s good!

If you’re still awake after reading this, thank you for doing so, and I hope you enjoy! Happy beading, and enjoy the remainder of your weekend.